Negotiating Contract with an Offshore Supplier 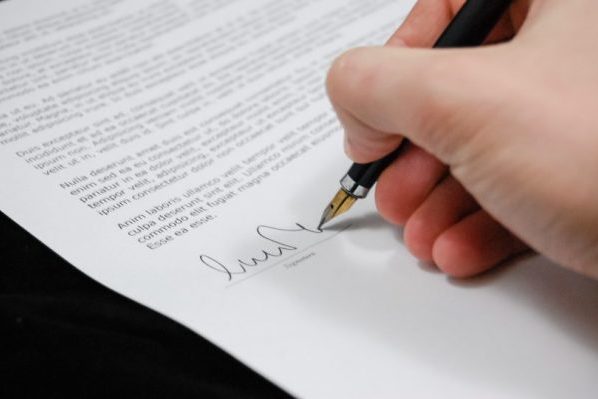 Negotiating contract with an offshore supplier is tough. McMillan LLP referred to it as “outsourcing” or transferring a business activity or function from a client/customer to a local or international third party supplier or service provider” (2016, p. 1). This is a common practice now in the operations of business companies since the global economy has facilitated the transfer of goods and services even across national borders.Many companies nowadays turn to outsourcing in order to compete more effectively in the global market. This is because companies outsource raw materials, products, parts, and other items in any parts of the world.

Those businesses who take advantage of lower products and raw materials are usually the winners. Very organized outsourcing arrangements redound to an efficient transaction and the steady flow of resources for one’s business (2016, p. 1). It leads to greater efficiency, lesser risks, more managed costs, among others (2016, p. 1). Hence, negotiations among third-party suppliers and business owners or managers are crucial. The best negotiations ensure that the delivery of supplies and the risks of transactions are fully covered. It enables businesses to meet the demands of global business operations while enhances efficiency and reduces costs.

This paper explores the challenges and principles adopted to deal with an initial negotiation between a manager/owner of a business and a third party supplier from overseas. This is a tricky undertaking, and this paper shall illustrate how businesses can deal with this crucial arrangement with great professionalism and smartness. The proposed principles and guides are key to a more productive venture in outsourcing abroad. It must not be taken for granted because businesses are now basically into outsourcing. 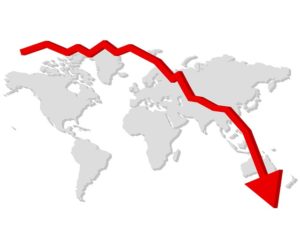 An initial negotiation and signing of a contract with an offshore supplier is very risky and crucial. It will certainly incur costs, especially in furnishing the first contract (2016, p. 1).

The manager or business owner needs to travel and communicate with the offshore supplier. He/she needs to see how they manufacture the products being contracted or they want to check the physical office or production site of the offshore supplier, among others, this activity entails costs. Another major challenge is the increased transition management costs at the onset of the negotiation (Baker, 2016, p. 1). Another challenge is the increased service management costs all throughout the life of the contract. There are also challenges in the currency changes and the exchange control concerns (2016, p. 1). Hence, a major challenge for negotiations is the entailed costs since these are not directly associated with the cost of the product.

A major challenge is the cultural aspect of the personnel involved in the negotiations. One must not over negotiate with the suppliers (2016, p. 1). Sometimes, a situation calls for a competitive approach, such as the one-time purchase of a product. At other times, negotiators compel themselves into a competitive negotiation for lack of reason (2016, p. 1). Hence, the value of their negotiations is diminished.

Principles to Adopt in Dealing with Offshore Suppliers

The initial negotiation or meeting is very significant. Usually, an aggressive negotiator begins the negotiations by positioning and demanding. It is normal for the supplier to react as he would, and the negotiations evolve into a posturing game with both parties hedging for their greater advantage (2016, p. 1). If the third party supplier’s cultural background is not attuned to this very competitive spirit, the negotiation might end up with less value.

A locked in and stiff negotiation often locks up into a not so productive end. It becomes extra challenging to find trust to explore other negotiating areas or give more concessions. Hence, it is a main duty of the negotiator to be very professional and kind in handling the initial negotiations. He/ she then can expect fruitful outcomes if he/she follows a more amiable setting for the first negotiation. 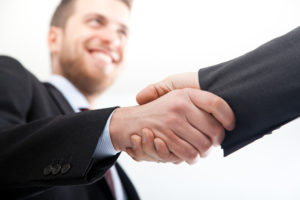 Another primary principle to adopt for a successful initial negotiation is to manage one’s expectations. Business owners must not expect too much from the third party supplier especially that the supplier is located overseas (Baker, 2009, p. 1). Very high expectations often lead to disappointments and overcritical feedback (2009, p. 1). Hence, it is also very important to communicate properly with the new offshore supplier. It is best to manage one’s expectations if the goals and tasks are clearly defined and the timelines are set properly. While this entails communication costs, a manager or owner should be very vigilant and pro-active in regularly tracking the negotiations to eventually receiving the supplies. It is also significant that the manager or owner knows the reasonable risks of getting supplies from overseas (2009, p. 1).

The other members of the business should also know the dynamics of this transaction so as to brace them for some changes the procurement might incur. At this initial point, the persons involved should properly communicate the details of the negotiations and make them available to the concerned parties in the company. They can make more meaningful transactions if the scope of the transaction is well articulated and brainstormed.

To execute a negotiation and an eventual contract with an overseas supplier is more expensive than entering a contract with a local supplier. Hence, the negotiator must do a background study – cultural, legal, labor aspects, etc. (2016, p. 1). The foreign supplier must also be investigated as to how it perform financially, who are its foremost clients abroad, how it does its transactions, among others. Hence, he must expel due diligence, with all the considerable energy, time and effort (2016, p. 1).

The negotiator must also make it a priority to consider with utmost care the value of the contract and not its price (Kincora, 2016, p. 1). Hence, a negotiator must fully be ahead of the factors for which a good contract or negotiation is worthy to be pursued. These include the following considerations: the scope of work, service level arrangements, pricing (fixed or variable pricing arrangement), contract term/s, intellectual property, business-related concerns, termination of the contract, a transition clause for cases where either party ends the contract, force majeure, and dispute resolution (2016, p. 1).

The negotiator must carefully brainstorm all these matters with the company managers and/or owners so as to be more detailed and thorough in one’s further negotiations. While preliminary discussions seem elementary, the negotiator must really study the contract well. There is no shortcut to this, and this requires full focus and thorough checking of information. One should be wary of the consequences of an overlooked matter such as intellectual property for this might cause the company a large amount of money in the future.

Often, a negotiator successfully manages the avoidance of possible legal disputes by dividing the contracts between the various products or services being outsourced (2016, p. 1).

Another means is to develop project milestones and set out the deliverables, with incentives or related payments for each milestone (2016, p. 1). This can make the work of a negotiation more concrete. It also manages the expectations of the members of the company or business.

The negotiator has to focus on the overall delivery of the transactions and the avoidance of legal hurdles if possible since it adds pressures and stresses to both parties.

McMillan LLP, 2016. “The Benefits and Risk of Outsourcing.” Lexology Website. Available at:

WTO Website, 2017. “The WTO can … contribute to peace and stability.” Available at:

Want something like this? Visit us at www.wedoyouressay.com for more information.

How To Start The Semester Right?
September 4, 2019

The Difference Between a Community College and a University
April 25, 2019